We are friends from Mostar, all of us connect one love FK VELEŽ 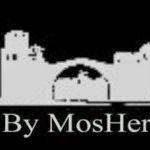